The Partners of this consortium, the North Sea Energy Law Partnership, who are in charge of the academic content and organisation of each of the four modules, also have an important role as a lecturer in the module s/he organizes. In addition, the Partners travel to each of the other teaching modules, to lecture on a topic of relevance in a comparative panel featuring insights from all four of the host countries: the Netherlands, Denmark, Norway, and the United Kingdom.

Please refer to the partners page for more information on each of them:

University of Aberdeen
professor of Law, co-founder of the Aberdeen Centre for Energy Law, Theme Leader Energy and Natural Resources

The lecturers in the programme further include their colleagues and practitioners from government, law firms and international organisations such as the European Commission, the Energy Charter Secretariat and the United Nations Environmental Programme. The detailed programme shows in which of the four teaching modules the lecturers below will be participating as well as more information on the external lecturers and site visits.

The professors regularly arrange for lectures to be hosted at external institutions. This allows participants to gain further knowledge and insight, as do the field trips. These fields trips have included visits to an offshore wind farm, an oil rig under construction, the renewable energy island Samsø, a drill simulator, an underground gas storage facility and a converter station.

Knut Kaasen joined the Scandinavian Institute of Maritime Law of the University of Oslo as professor of Law in 1989. Kaasen is an expert on petroleum law and related areas (concessions, joint operating agreements, petroleum related contracts, safety regulations), with a main emphasis on construction contracts, and on dispute resolution methods, specifically  mediation (including project integrated mediation –PRIME). He is a moderator in negotiations between construction industry and oil companies / owners to establish agreed standard contracts for offshore and onshore development projects and an arbitrator and mediator in commercial disputes.

Prior to joining the Institute, Kaasen worked as an assistant district judge (Nedenes, Arendal) from 1979 until 1981 and, after he received his doctorate in 1984, as counsel at Norsk Hydro ASA from 1984 until 1988. At the University of Oslo, he has functioned as head of the Petroleum Law Department from 1989 until 2000 and from 2009 onwards. Kaasen has also been the Dean of the Law Faculty (2001-2003), chair of the University Council (2002) and visiting scholar at the  University of Washington, Seattle, USA (1991 – 1992). Outside academia, he has functioned as Acting Justice at the Norwegian Supreme Court for two periods (2005-2008). Currently, Kaasen is a member of the board of the Arbitration and Dispute Resolution Institute of the Oslo Chamber of Commerce and chairman of the board of the Lovdata foundation. 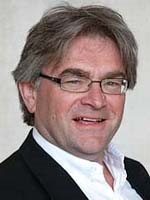 University of Copenhagen
Centre for Public Regulation and Administration

Peter Pagh is professor of Environmental Law at the Centre for Public Regulation and Administration of the University of Copenhagen. His primary fields of research include environmental law, climate law, administrative law, neighbourhood law, real estate law and EU law. His current research is focused on polluted land, climate law, Nature 2000 protection and waste law. 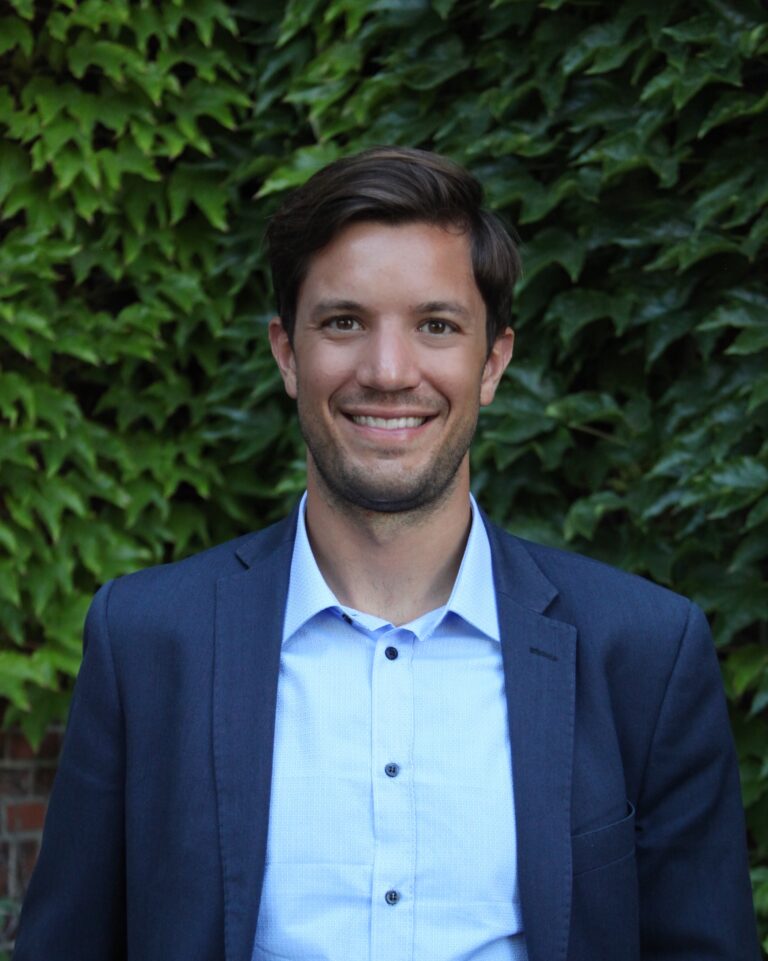 University of Copenhagen
Centre for International Law and Governance

Alessandro’s primary research areas include climate change, trade and investment law, both at the international and at the EU level, with special focus on the energy sector and the promotion of green technologies. Within these law areas, he is a lecturer in several master and bachelor courses at the University of Copenhagen, including “Climate Change and the Law” and “International Energy Law and Sustainability”. Prior to his PhD studies, he completed his lawyer traineeship and since 2018 he is admitted to practice law in Italy. He is fluent in Italian, English and German and has an intermediate knowledge of Danish.

University of Aberdeen
Head of School

Greg Gordon joined the School of Law as a lecturer in 2004 after a period working in Aberdeen and London as a solicitor specialising in litigation, primarily in the oil and gas sector.  He became a senior lecturer in 2011 and a Professor in Law in 2019. Dr Gordon is the Head of School in Aberdeen, was co-Director of the Aberdeen University Centre for Energy law and of the LLM Programme in Oil and Gas Law and of Aberdeen University’s involvement in the Advanced LLM in Energy Law. Dr Gordon’s principal teaching and research interests are in energy law (particularly upstream oil and gas law), delict/tort and commercial contracting.  Dr Gordon is the General Editor of the Stair Memorial Encyclopedia and a Trustee of the TB Smith memorial Trust. He is also a local committee member of the Association of International Petroleum Negotiators and in this connection will be pleased to hear from students interested in becoming student members. 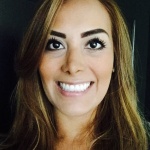 Dr Alvarez is an academic on international dispute resolution with extensive expertise in the energy and natural resources sectors. She is interested in international economic law, climate and social justice. Gloria has held prestigious fellowships at the Shanghai University of Finance and Economics, Queen Mary University of London, Max Planck Institute and Lauterpacht Centre for International Law, University of Cambridge.

She is a Mexican qualified lawyer and started her professional career in Mexico as in-house lawyer in a multinational food company. She has an in-depth knowledge of commercial law in both civil and common law systems. Gloria has also worked as an arbitration case manager in an arbitral institution (Centro de Arbitraje de Mexico) and acts as arbitrator and expert in international arbitration proceedings in Africa, Europe and Latin America with experience in ICSID and LCIA arbitration.

She is the author of International Investment Arbitration and EU Law: The Present and the Future of the Energy Charter Treaty (Hart 2020, forthcoming) and co-author and co-editor The ICSID Convention, Regulations and Rules: A Practical Commentary (Elgar 2019).

Gloria is also a Visiting Lecturer at the University of Eastern Finland and Osgood Hall Law School in Canada. She is in the Editorial Board of ICSID Review, Journal of International Arbitration and European Investment Law and Arbitration Review. Daria joined the Law School as a lecturer in January 2017. Prior to that, Daria carried out PhD research at the University of Aberdeen. Her thesis examined the effectiveness of international law and policy in protecting the Arctic environment in light of offshore petroleum development. Daria’s main research interests are in international energy and environmental law. Her current research focuses on the regulation of risks and effects of extractive industries in the Arctic, indigenous rights, and the effectiveness of international law.

Daria graduated with Bachelor of Laws degree with distinction from the National Law Academy of Ukraine. She focused on Public International Law and Energy Law during her LLM studies at the University of Groningen. Daria has gained professional experience at DNV GL (Netherlands) and law practice (Ukraine). Daria acts as an academic peer reviewer for journals in international and energy law and is an associate fellow of the Higher Education Academy. 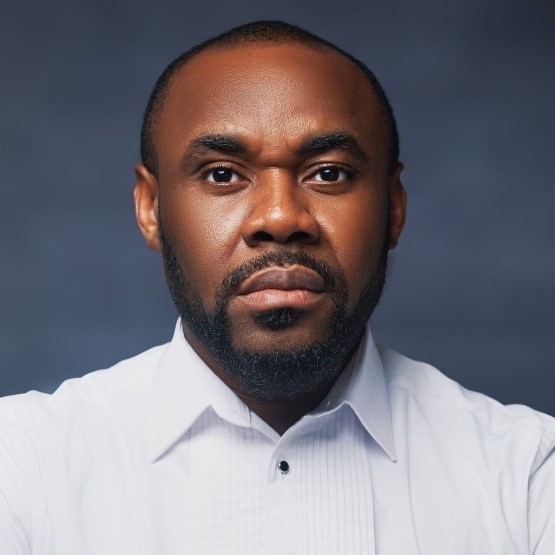 Dr Eddy Wifa is an Energy Law lecturer at the School of Law, University of Aberdeen. He has a Masters in Oil and Gas Law with Distinction and a PhD Marine Renewable Energy Risk Governance both from the University of Aberdeen. His research expertise includes offshore energy health, safety and environmental regulation across several jurisdictions, decommissioning, regulatory theories, energy and natural resource governance, energy transition and energy justice. He has advised governments and has been a part of several research projects. He has several publications and has spoken at several conferences and events. He is currently a member of the Aberdeen University Centre for Energy Law, The Centre for Energy Transition and the Director of the African Natural Resource and Energy Law Network (ANREL). It was there that he wrote his thesis “Competition Law and Environmental Protection in Europe: Towards Sustainability?” which he succesfully defended on 26 September 2003. He was also involved in various third party funded research projects with the Centre.

Since February 2001 he was appointed as lecturer, senior lecturer and currently as professor in Economic Law with the department of European and Economic Law of the University of Groningen. Here he teaches various courses related to the law of the European Union, competition law and EU environmental law. His research focusses on the law of the European Union with a specialisation in competition law, EU environmental law and energy law. The latter research interest is also connected to the Groningen Centre for Energy Law and Sustainability.

In addition to his appointment as professor of economic law he is also appointed as: 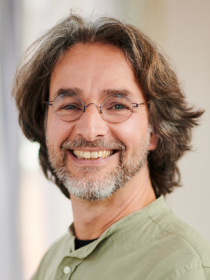 Edwin Woerdman is professor of Markets and Regulation at the University of Groningen in the Netherlands and has been working for this University since 2004. He is also Co-director of the Groningen Centre of Energy Law and Sustainability since 2007.

Woerdman is an expert in the field of emissions trading, including its implementation in the energy sector, with around 19 years of research experience on this subject. He published several international peer-reviewed articles (e.g. in the Review of Law and Economics and in the European Journal of Law and Economics), book chapters (e.g. in the Elgar Companion to Law and Economics) and monographs, including The Institutional Economics of Market-Based Climate Policy issued by Elsevier. He has co-edited a book on the Legal Design of Carbon Capture and Storage published by Intersentia as well as a book on Essential EU Climate Law published by Edward Elgar. Woerdman is also author of an introduction to political science and co-author of an introduction to law and economics, both in Dutch and published by Noordhoff.

Ruven Fleming is an Assistant Professor in Law at the University of Groningen. He is working at the Groningen Centre of Energy Law and Sustainability. Dr Fleming earned his PhD in January 2016 from the University of Aberdeen, UK, with a thesis titled ‘Shale Gas Extraction in Europe and Germany – Impacts of Environmental Protection and Energy Security on Emerging Regulations’. Initially, he undertook undergraduate law studies in Germany and graduated from the University of Marburg with the German First State Examination and the degree of ‘Diplom-Jurist’ (Dipl.-Jur.) in 2010. Dr Fleming went on to conduct Russian language studies at Moscow State University Lomonossow/Russia and worked for a Russian/German law firm in Moscow. Prior to the commencement of his research in Groningen, Dr Fleming received a Master in Oil and Gas Law (LLM) from the University of Aberdeen, UK in 2012. In the same year, Dr Fleming has been awarded a three-year scholarship by the German Friedrich Ebert Foundation, which financed his doctoral research. Dr Ruven Fleming’s research interests are in the field of energy law, in particular ‘unconventional’ forms of energy, as well as in energy investment protection and trade law, including TTIP and the Energy Charter Treaty. He may be contacted in Russian, German and English.